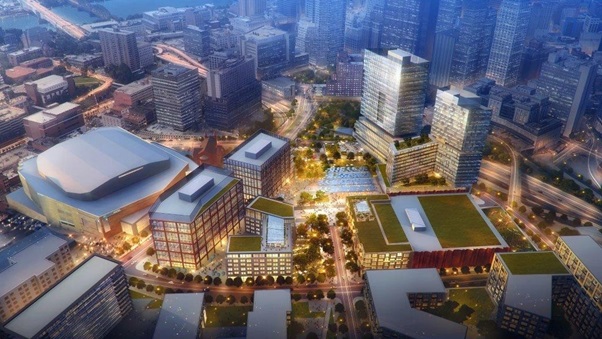 Pittsburgh Arena Real Estate Redevelopment (PAR), an affiliate of the Pittsburgh Penguins, has unveiled a new master plan for redevelopment of the 28-acre site next to the PPG Paints Arena in the Lower Hill District.

The project will feature a mix of residential, commercial/office, entertainment and food venues, retail and parks/green space and an innovative energy hub.

“We have been hard at work over the past several months building a new development team and working with our business and community partners on an exciting new master plan that incorporates what we have been hearing from the community,” Penguins CEO David Morehouse said in a statement. “There is development momentum across the city, and our development is the center of energy that re-connects the Hill District with downtown, and creates an economic and investment engine that will deliver millions in direct investment into the community.”

The project is anticipated to attract over $750 million in private investment, generate over 4,000 construction and 3,000 permanent jobs.

Buccini/Pollin Group will be serving as the master developer role in commercial and office development, while the minority-owned partnership Intergen will serve as lead housing developer.

OHM is serving as Intergen’s architectural team on the housing portion of the development. It will work with Gensler to produce a development master plan.