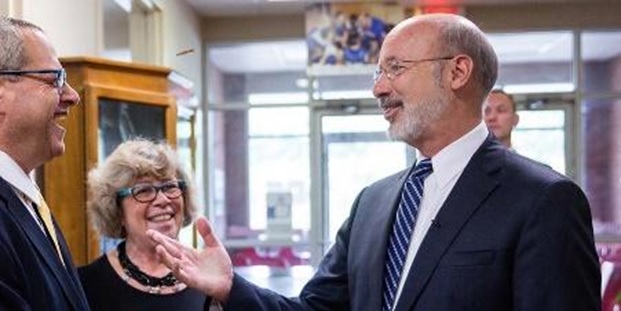 Pennsylvania Governor Tom Wolf has announced new funding for five projects in Erie County, including improvements to sports complexes, the construction of a new rural health facility, and renovations to a hotel and a senior living center.

The Erie County Convention Center Authority was approved for a $12 million, multi-year grant for improvements to UPMC Park that will include a new structure to house the ticket offices, administrative offices, storage, and team stores for the baseball and hockey teams, plus renovations to existing ballpark structures, and streetscaping.

Additionally, the Erie County General Authority will get a $1 million grant for renovation of the Avalon Hotel into an upscale Hilton Doubletree hotel. Further, Presbyterian Homes in the Presbytery of Lake Erie was approved for a $500,000 grant for the renovation of Elmwood Gardens, a single-story community that provides seniors with independent living, personal care and skilled nursing, and short-term rehabilitation. Upgrades include a new roof, renovations and expansion of nursing stations, new flooring in resident rooms, HVAC improvements, window upgrades, dining room expansion, and elevator upgrades.

Meanwhile, the Redevelopment Authority in the City of Corry was approved for a $1 million grant for the construction of a new Medical Arts facility connected to the Corry Memorial Hospital. The 10,500-sq.-ft. facility will provide space for specialty doctors rotating in on a weekly basis from LECOM’s hospital in Erie. In addition, a 44,000-sq.-ft., 24-unit senior living center will be constructed adjacent and connected to the Medical Arts facility.