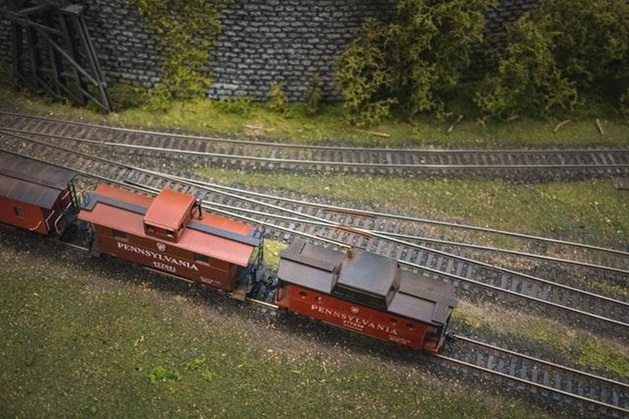 Pennsylvania, with 67 operating railroads, has more than any other state and PennDOT’s focus is on working with private rail operators to assist in maintaining and improving the roughly 5,600 miles of freight lines in the state.

“Keeping our extensive rail freight system in good shape is a vital component of creating a sound foundation for Pennsylvania’s economy,” Wolf said in a statement. “These investments underscore our continued commitment in building a world-class infrastructure system that supports the creation of new jobs and our business community.”

The Techs Industries, rehabilitate about three miles of track including tie replacement and track surfacing at the MetalTech and GalvTech facilities in Pittsburgh to maintain safe rail operations, $328,277.

Tube City IMS LLC, rehabilitate about one mile of track in the West Mifflin plant yard as part of a 4-phased project, including replacing turnouts and ties, track surfacing, and track realignment to increase efficiency of yard operations, $700,000.

Shell Chemical Appalachia LLC, construct 10 miles of track from Aliquippa to Monaca, PA to transport construction materials for Shell’s plant and outbound product from the completed plant, which will improve the efficiency of operations and safety, $3.8 million.

Tyburn RR LLC, rehabilitate about one mile of track at Tyburn Railroad’s Morrisville, truck transfer facility, including the replacement of 800 ties and track surfacing to maintain a state of good repair, $92,400.

Gautier Steel, rehabilitate Gautier Steel’s plant tracks including replacing ties and rail, which will improve rail and truck traffic to and from the facility, $239,172.

RJ Corman RR Company, rehabilitate about 36 miles of track including rail, ties, ballast, and track surfacing on the Clearfield Cluster’s Cherry Tree, Cresson, and Wallaceton subdivisions to improve the efficiency of operations and safety, $4.2 million.

Western New York PA RR Co. LLC, rehabilitate approximately seven miles of track between Concord and Union City, including the replacement of ties and rail, track surfacing, and repairing an at-grade crossing, which will improve safety, $697,909.

Scranton Transload Inc., rehabilitate .25 mile of track from Delaware-Lackawanna’s line to Scranton Transload’s facility including the replacement of 2 turnouts and surfacing of track which will allow for materials to be transported to the facility by rail instead of truck, $700,000.

The Delaware-Lackawanna Railroad Co. Inc., rehabilitate 19 miles of the Carbondale Line and construct a 1,000-foot yard track, including ties, track surfacing, and bridge repairs which will improve operations and yard capacity, $686,000.

RJ Corman RR Co- Allentown, rehabilitate about 1.2 miles of track leading into and within RJ Corman’s Allentown yard, including the replacement of ties and ballast and track surfacing to maintain track condition, $266,673.

Lehigh Valley Rail Management LLC, rehabilitate about four miles of track, including the replacement of ties, timbers, and turnouts in the River Interchange Yard to improve interchange operations, $350,000.

Corsa Coal, rehabilitate 10 miles of track from the CSX interchange to the Cambria Branch Plant in Berlin, to improve track condition and safe operations, $345,861.

LCT Energy, construct about three miles of track from Norfolk Southern’s interchange to LCT Energy’s Laurel Plant, including an at-grade crossing, which will enable the plant to resume operation, $700,000.

Westmoreland County Industrial Development Corp., rehabilitate approximately three miles of track from Radebaugh to South Greensburg by replacing jointed rail with continuous welded rail, that will improve the replacement of existing rail and steel components on the Radebaugh subdivision, $1.7 million.