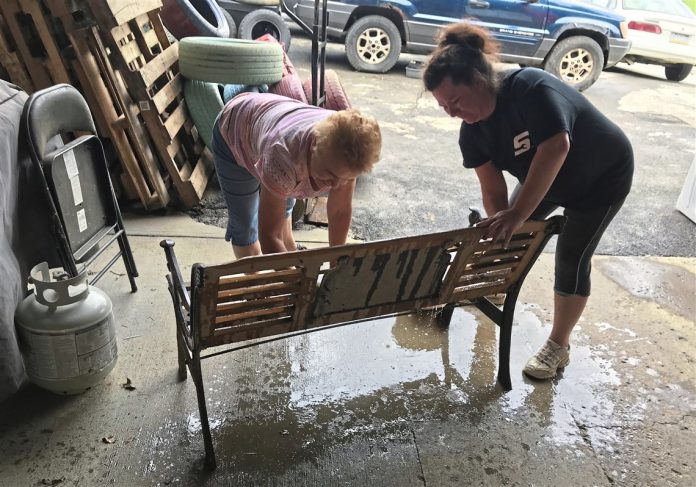 Pittsburgh has seen one soggy spring so far and the weather continues to wreak havoc in some construction areas including the McDonald area.

Pennsylvania Turnpike’s Southern Beltway has flooded repeatedly since turnpike construction started in early 2017, but there are many issues at play. The Pittsburgh Post Gazette said flooding left mud and rocks in the parking lot of a local garage which has been flooded eights times in the last 18 months.

Garage owner Mark Finney and his employees clear away what they can and have hired professionals to do the rest of the dirty work — a bill that may be footed by the turnpike.

The area experienced the same situation last year due to excavation work along Reissing Road and above Route 980.Crews were preparing to install bridge abutments in the area.

The Department of Environmental Protection (DEP) investigation showed issues with missing or ineffective erosion and sedimentation controls on the Southern Beltway site. DEP Spokesperson Laura Fraley said the DEP found several stormwater management issues including a tributary culverted under several homes and businesses that is causing — or significantly contributing to — the flooding.

A final report is expected soon.