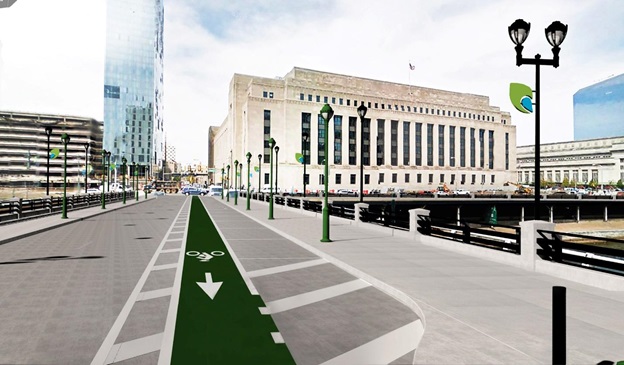 The Pennsylvania Department of Transportation (PennDOT) is rehabilitating the Chestnut St. Bridge over the Schuylkill River, connecting Center City Philadelphia with University City and West Philadelphia.

The $103-million project will also replace the decks of three adjacent Chestnut St. bridges, two viaducts on Schuylkill Avenue and two ramp structures for I-76, as well as resurface and install bicycle facilities on Chestnut St. between 31st St. and 22nd St., according to report by Construction Equipment Guide.

The work is financed with 80 percent federal and 20 percent state funds. Buckley & Company is the project’s contractor, while Alfred Benesch & Company is overseeing design engineering and Johnson Mirmiran and Thompson is serving as construction manager.

Bridges on Chestnut Street and Schuylkill Avenue West will be under construction concurrently and will remain open for most of the project. There will be various travel lane and sidewalk restrictions on I-76, Schuylkill Avenue West and Chestnut Street during the three stages of work that will require shifts in the lane and sidewalk configurations. The on-and off-ramps will be restricted to single lanes during construction. There will be nighttime and weekend full closures of the ramps during certain construction operations.

Construction is scheduled to be finished in late 2020.

High-end townhomes under construction in Pittsburgh go on the market

Plan approved for construction of 12 apartments in Allentown