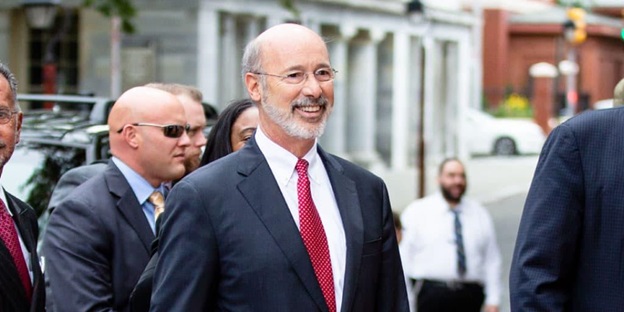 “Philadelphia is a historic city that has seen tremendous growth in recent years, but our lack of investment in infrastructure is holding back potential further development,” Gov. Wolf stated. “I am proud that Philadelphia officials are recognizing the potential for Restore Pennsylvania to assist with issues like removing lead paint in schools, remediating blight and restoring greenspace.”

Last month, the governor toured John H. Taggart School in Philadelphia to see how Restore Pennsylvania could assist the district with addressing issues like lead paint contamination. The school district has a backlog of $5 billion worth of infrastructure repairs, some of which are keeping students from their full learning potential. Restore Pennsylvania could assist with funding many of these projects.

“Philadelphia is the largest school district in the state with over 200,000 students who depend on public education to give them an opportunity to excel and have a bright future,” Superintendent William Hite Jr. said in a letter to the General Assembly. “We are at a critical point and we cannot afford to take chances with our children’s health and well-being. We fully support Restore PA so we can address some of the hazardous conditions in our school buildings.”

Mayor Kenney said in a letter to the General Assembly that Restore Pennsylvania aligns with his administration’s Rebuild program, which has made critical investments to Philadelphia’s communities. Ninety percent of the more than 400 neighborhood parks, recreation centers and libraries that provide safe spaces for Philadelphia residents are in need of investment, he said.

“Restore Pennsylvania and Rebuild are two vital ways that we can put much needed tax dollars to use for investment into the places that need it most, our neighborhoods,” Mayor Kenney stated. “On behalf of all Philadelphians, I urge you to support Restore Pennsylvania.”

Restore Pennsylvania is a statewide plan to aggressively address the commonwealth’s vital infrastructure needs. Funded through a severance tax that the Independent Fiscal Office has determined will be primarily paid for by out-of-state residents, Restore Pennsylvania is the only plan that will help make the state a leader in the 21st century.